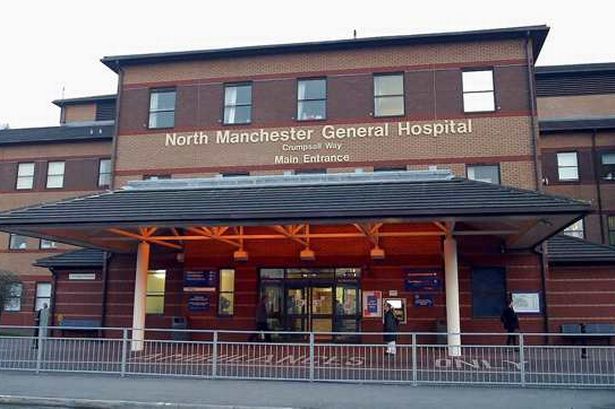 What is your role at North Manchester General Hospital?

I am a Consultant and the Occupational Lung Disease Lead for what was previously part of the Pennine Acute NHS Trust now the Northern Care Alliance. On a day-to-day basis, I run clinics at the hospital, which are anything to do with work related breathing problems.

How many patients do you see a year with asbestos conditions and what area are they from?

I see approximately 400 patients per year, half of which are patients with asbestos related conditions. Those I see with asbestos conditions tend to come from the local population around the hospital rather than being widespread. Each year there are approximately 50 new asbestos related referrals to the department, usually suffering from pleural plaques, pleural thickening or asbestosis. Some patients then come back for a review each year whilst others are discharged if the condition is stable.

Is there a particular trade that you see more than others?

Yes there are particular trades that we see more than others coming to the department.

The HSE also provides data by way of a list of trades by job title who develop asbestos conditions.

Joiners are one of the biggest groups that we see and we see a lot of them. Some patients know exactly where they were exposed to asbestos. Joiners tend to know about their exposure. However part of the problem in the construction industry is that some don't always know that they've been exposed and don't always know which products contain asbestos.

We also see a lot of plumbers, labourers and demolition workers.

What about non-traditional trades such as office workers, teachers, nurses?

If you keep an eye on professional magazines, there are obituaries from doctors who have died from mesothelioma. I’ve seen some teachers and nurses with mesothelioma too.

Other types of hospital workers are at risk of asbestos related diseases too including porters. I had an asbestosis case for a porter. They spent a lot of time around the boiler house where there would have been a lot of asbestos. They also spent a lot of time under ground in the basements and would throw snowballs at each other!

Have you seen any patients who have worked with asbestos in a hospital setting?

Maintenance staff have often stripped and removed asbestos lagging in older parts of the hospitals..

Do you think asbestos in hospitals is a problem and if so why?

Yes in certain situations but not always.

Asbestos is usually labelled. I have had experience where I have seen asbestos in poor condition and have reported this. It has then been dealt with.

I have seen workers working around labelled pipes and had to tell them what the label means. Thus contractors may not be so aware of the labels.

Where asbestos is in good condition it is safe.

A number of buildings have been sealed off in hospitals and then later demolished. The demolition work causes a risk of asbestos exposure.

What do you think should be done about asbestos which is still in the hospital estates?

Things have improved greatly. There's a lot of anecdotal evidence about exposure 20, 30 and 40 years ago in hospitals. There is still going to be a legacy of staff who will develop asbestos conditions as a result.

All hospitals should have registers. A lot seem to have already done this. If asbestos is in good condition, then it's safe to leave it where it is but it needs monitoring. We need to make sure people are aware that it's there. It's kind of hidden now. We imported millions of tonnes of asbestos into the UK so it still has to be here somewhere but no one knows where it is. If the condition of the asbestos deteriorates then it needs to be removed by experts.

One of the issues in hospitals is that there are a lot of buildings that have to be kept an eye on.

We need to make sure the Estates Departments are vigilant and aware of where it is.

Do you think it is still possible for people to be exposed to asbestos in hospitals today and who might be exposed? (Workers, staff, patients, visitors)

I think it's highly unlikely patients or visitors would be exposed to asbestos. It is possible workers could be though if they are doing a task and don't know it’s asbestos or they go in to an area where they don't know asbestos is present. There is also a risk as more old buildings are demolished.

I am aware, that up to about 10 years ago there were records kept by some hospitals in the cellars, which staff would regularly go down and collect. The records were near asbestos lagged pipes. The records picked up dust from being down there over a number of years which those staff would be exposed to. These areas are now sealed off and you can't get access to those old records any more. You have to manage without them. It is highly unlikely that there was anything particularly relevant in them anyway because of their age. There are usually electronic records for most patients now.

Your experience is from North Manchester General Hospital but do you think it's the same across the country? Do you think pressures on NHS budgets is preventing it from being removed?

I'd expect all hospitals to have a register. Gradually society has become more aware about asbestosis. The HSE has issued guidance at different times, including guidance in the 1970s about certain levels of exposure that they thought was acceptable but now no exposure is acceptable. The NHS will be guided by the HSE.

I don't know if budgets would affect this. My experience is that when I reported asbestos to be in poor condition, it was fixed.

The pressure is more likely to be to do with having enough staff to be able to keep an eye on it and make sure that it's maintained in a good condition.

Do you think asbestos is a problem limited to the NHS or is it across the public sector?

Asbestos is a problem across the whole public sector. It is a problem in all public buildings that were built in a certain age where asbestos is present.

What do you think should be done about asbestos in buildings?

We need to educate people, but not scare them about asbestos.

If it’s in good condition, leave it in place but monitor it. If it is in poor condition, it needs to be removed.

I'm not sure that putting it in a tip and burying it underground is the solution. It doesn't get rid of the problem. We have to know where the asbestos has been put. We need a better corporate and community memory and for asbestos removal firms to know where it is. It then needs to then be left there, rather than the land being used, for example being built on with the land ending up being dug up again, disturbing the asbestos which has been buried underneath.