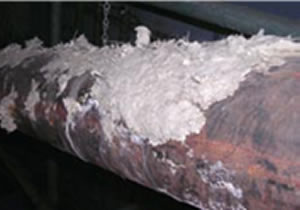 We were instructed by Mr M to pursue a claim for compensation against his former employer, who he knew as Hankinson Heating, after Mr M was unfortunately diagnosed with mesothelioma, a terminal cancer caused by exposure to asbestos.

Speed being of the essence, Mr M was seen at home within 4 days of Mr M contacting us so a detailed statement could be taken from Mr M about his work and his exposure to asbestos.

Our client had worked for Hankinson Heating in the 1960s and early 1970s. He worked for them throughout the Bromsgrove area. The company was based in Cats Hill, Bromsgrove until it later moved to Stourport.

Our client was a heating engineer doing commercial work for them. His work was on central heating. He was installing new boilers and pipework. He worked on lots of hotels and factories and also in large houses together with small residential properties.

Mr M was able to describe the clouds of dust caused by knocking off the lagging. In fact it was so dusty that he had to go out of the area for a few minutes to allow the dust to settle before he could carry on with his work. This is all during a period when his employer should have known that it was against the law to expose him to asbestos in this way. His employer took no care for his safety.

Even in domestic properties, asbestos flues were still being used. Mr M had to cut these up. He had to cut them to the correct size using a hand saw.

Hankinson’s even employed an old man to collect asbestos and other waste from site for a bit of extra money. Another person needlessly was exposed to asbestos.

No protection was provided to our client, no overalls and no masks.

We gathered all the information quickly, including a medical report on our clients condition. This was sent to Mr M's opponents at the earliest opportunity. As a result, we were able to settle his claim quickly and during his lifetime as he wished for a six figure sum.

Helen Wilson, the solicitor acting for Mr M said "I am pleased that we were able to resolve Mr M's case so quickly. The exposure to asbestos that Mr M described is not unusual of people working in his industry in the 1960s and 1970s. At the time there were laws in place which should have protected employees such as Mr M. His employer, like many others though chose to ignore those laws and in doing so exposed people to asbestos needlessly which decades after the exposure ceased causes them to developing devastating illnesses."