Have the IRA Bombs left an Asbestos Legacy. 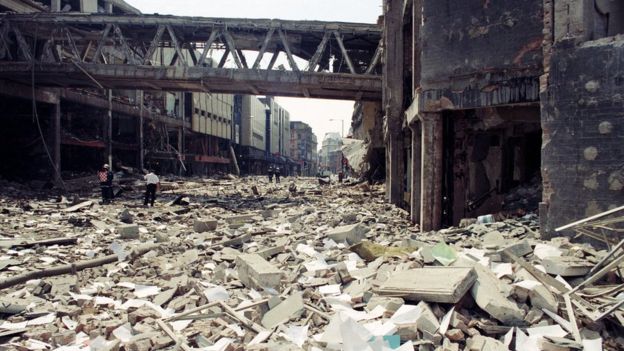 Those old enough to remember the 1970’s, 1980’s and 1990’s will probably recall a number of bombs being planted by the IRA throughout the United Kingdom. Warnings were frequently given before a bomb was detonated allowing those in the area a chance to escape and reducing the number of fatalities or injuries which were inflicted, the aim often it appears but not always being to destroy building and services.

Yet years after those bombs went off and those IRA attacks for the majority now a distant memory a silent killer which has lay dormant for all those years has started to rear its ugly head, that silent killer is asbestos and the condition mesothelioma.

Many of the buildings destroyed during the attacks contained asbestos. It was a well-used building product throughout the 20th century. It was used throughout buildings as insulation on pipes, cladding, ceiling tiles, as asbestos insulations boards and as fireproofing amongst other things. Asbestos undisturbed is often argued not to be a health hazard but of course a bomb going off causes a lot of destruction and as a result a lot of asbestos rubble and debris.

This asbestos debris can affect not only those who were there at the time but those who worked in the aftermath both the emergency services attending the scene to provide help and assistance to those injured or to secure the area and those who worked after this on the clean-up effort to remove all the fallen debris and to demolish or repair the buildings and services affected. One such bomb was the Manchester Arndale Bomb in June 1996. 200 people were injured when the bomb went off but there were no fatalities at the time. However those first on the scene and those involved in the clear up had to wade through dust and debris including asbestos.

20 years later, Stuart Packard, a security guard who worked in Arndale Shopping Centre in Manchester and who was involved in the work carried out in the aftermath and died from mesothelioma. The coroner ruled his asbestos related death was as a result of his exposure to asbestos because of building work going on around him following the bomb in 1996. He was just 40 years old when he died. 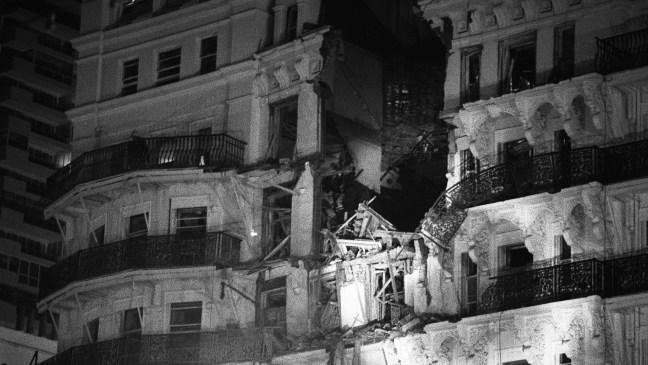 In October 1984 an IRA bomb was detonated at the Grand Hotel in Brighton. At the time five people were killed and 39 injured. The intended target was the then Prime Minister, Margaret Thatcher and her husband. The hotel contained asbestos which was released into the atmosphere during the explosion. Jonathan Woods, a police officer was one of the first officers at the site of the bomb and was exposed to asbestos sifting through the debris. 31 years later he died from mesothelioma as a result of exposure to asbestos.

Asbestos still remains in many buildings today throughout the UK. Whilst left undisturbed it may not be dangerous but there are times when it is disturbed when accidents occur, fires, natural disasters or intentionally damage is caused meaning people today can still be put at risk of being exposed to asbestos.

Of course thankfully not everybody who is exposed to asbestos will go on to develop an asbestos related condition. Those who worked in the aftermath of the Manchester IRA bomb, the Brighton Grand Hotel bomb and other IRA bombs may though have been put at an increased risk of developing asbestos related conditions from their exposure to asbestos, unfortunately only time will tell.